The new conveyor system of the Swiss company Avancon SA, in Riazzino, is very safe and looks modern and impressive. In addition, investment, installation and maintenance costs are drastically reduced. But above all there is huge savings in energy; an amazing contribution to achieving the climate goals Windows 10 msdn download. __________________________________________________________________________ December 2015: At 19:16, French Foreign Minister Laurent Fabius suddenly returned on the stage, flanked by senior UN officials. The last compromises were resolved, he said. And suddenly they were all on their feet. (…) The delegates clapped, cheered and whistled wildly, hugging and crying 카메라 다운로드. *) François Hollande said: “The Paris Climate Agreement is an ‘opportunity to change the world.” **) In the face of increasing climate disasters (hurricanes, forest fires, earthquakes, tsunamis), humanity will have no option but to reducing CO2 emissions drastically, even though the US will no longer participate in with president Trump. On June 14th, 2018, the EU Commission, the EU Parliament and the EU Council reached a political agreement that stipulates a mandatory energy efficiency target for the EU of 32.5% for 2030 굿윌 헌팅 다운로드. That’s why the new award-winning design of the Avancon ZPC concept should be used in materials handling systems everywhere, as it makes conveyor systems significantly more efficient and helps to achieve these goals. Goods are accumulated before intersections, switches and work processes, because the cycle at the point of delivery and the cycle at the various delivery points and at the end of the conveyor line are always different Download the Bermuda game. Basically, zero-pressure-accumulation (ZPA) roller conveyors are known, which are divided into individually controlled sections for these purposes of accumulation of goods. Because this is more expensive, these functions for accumulation are used only at certain points of a conveyor system. “We decided to use this patented ZPC concept in general for all our conveyor systems,” says Avancon SA CEO Christian Dürst, “because this concept brings so many benefits to everyone Webfont Sharing Gothic. The 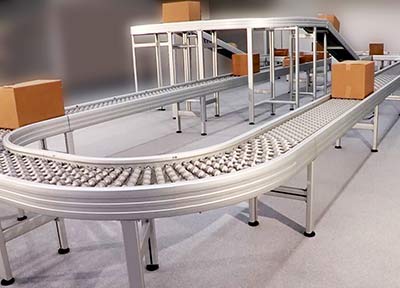 manufacturer and integrator of material flow systems saves assembly time, installation time,            programming effort and, last but not least, also the operator of a logistics and distribution centers saves maintenance costs – and yearly a lot of energy. – Accordingly, we make life easier for everyone and help them generate more profit. – As a result, our incomparable ZPC system ensures the achievement of climate goals.” Even if this ZPC-System seems to be more expensive at a first glance, this is more than compensated by the many benefits and savings 옵티머스 g kdz 다운로드. This avant-garde conveyor system referred by its inventor as the “ZPC”, -Zone Powered Conveyor system, has its own brushless DC motor, electronic control and light sensor for each zone.

It drives only those zones, on which a material has to be transported. If the zone in front is occupied, the motor remains switched off; if the zone in front is free, the motor conveys the goods to the next zone, etc. – Instead of using an oversized gear motor from 0.5 to 1 KW in a long conveyor with flat belts and couplings or similar, the ZPC system needs only a brushless DC motor of 48 V /40 W in each zone 동방 심비록 다운로드. If one item only has to be transported on a long conveyor line – which occurs outside of peak hours, at many hours of the day, each 2 running motors à 40 W consume together only 80 W, which is about 84% energy savings compared to a 500 W motor that drives a long conveyor track always and continuously. 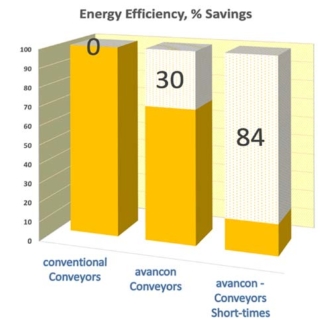 –   And even at peak times, where the conveyor systems run constantly, the savings still are up to 30%. – That’s a huge energy reduction. And, incidentally, the operator of such a system saves several hundred thousand euros (or $) per year, depending on the size and capacity of the system 사진 편집 프로그램 다운로드. The patented and cleverly designed ZPC system can be easily assembled, is very safe, simple and future-oriented. From the outside you see the smooth, streamlined aluminum profile, but no drive belts, no controls, cables or screws. Thus, no costly guards per roller are necessary to avoid accidents. The whole system – whether very large or small – is controlled by the worldwide known field bus AS-interface icloud photo pc. It is easy to

program and it controls everything fully automatically and autonomously. – The installation and programming costs can be reduced by more than 60% (measured by the AS-interface Association). The individual control elements, the so-called “Slaves”, as well as the “Master” are simply pressed onto the AS-interface cables inserted in the specified ribs and clamped with a slider – that’s all 자바 웹 이미지 다운로드! The autonomous electronic control data can communicate with higher bus or IT infrastructure every 0.1 ms via the integrated gateway. – In this way, the programming costs can be drastically reduced. See how tidy the interior of the frame construction looks like. Once the frame is closed, the conveyor is

fully protected, both electrically and mechanically. In addition to the reduced energy consumption, the reduced maintenance costs and reduced programming, you don’t need a central distribution cabinet anymore. Even pulling cables on the construction site is no more necessary – and therefore no more additional cable ducts. – What do you mean, how much does that matter? – The investment costs of a complete large material flow plant will be quickly cut down by 20% to 30%. With this ZPC system, you can transport about 80% of all goods that can be transported around the world in the range up to a maximum of 50 kg – and this millions of time every day! The avant-garde ZPC conveyor system is distributed by the company Avancon SA in Riazzino, Ticino, Switzerland exclusively through its partners, the manufacturers and integrators of conveyors and logistics systems worldwide. *)  https://www.theguardian.com/environment/2015/dec/13/paris-climate-deal-cop-diplomacy-developing-united-nations **) https://eu.usatoday.com/story/news/world/2015/12/12/climate-deal-paris/77200018/